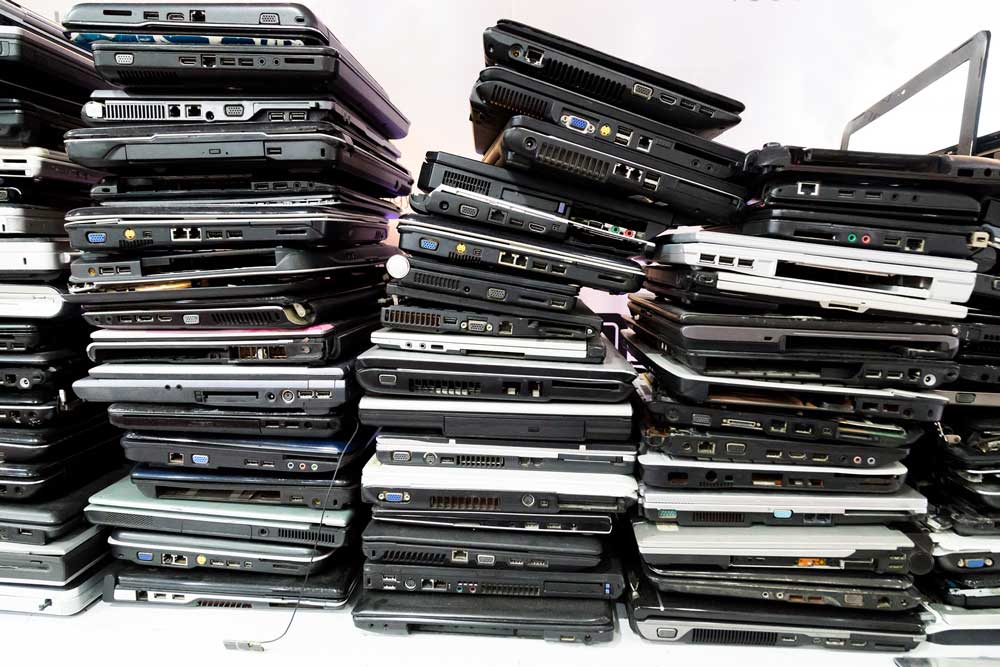 Let me begin by confessing that until September 17, I had not heard of the term “e-waste.” I assume many people, in particular young people studying technology, must have heard of it.

I have come to learn of the term through a newspaper article. The article, based on a report of a recent research on e-waste and its health hazard in Bangladesh, tells me that e-waste, or electronic waste, is used to describe the end-of-life of everyday electronic and electrical goods such as televisions, refrigerators, mobile phones, laptops and computers, energy-saving bulbs, etc which are discarded and disposed of by users.

This definition tells me that, unsurprisingly as the report claims, Bangladesh is at a high risk because of the unchecked increase of e-waste without an adequate system of processing.

The report made me reflect on the number of unused mobile phone sets, computer motherboards, bulbs, and even laptops I have in my house.

Electronic goods are now cheaper than before, and they are easily available. Without even engaging in any serious research, it can be said that many households in Dhaka city have more mobile phones than the number of family members it holds — most houses have more than one television, and now (multiple) fridges and freezers have become a necessity.

What do we do with the electronic goods we no longer use?

I often find street-vendors asking for old and useless electronic goods that we can sell. I have never given his business any thought — where does he take these unused products, who buys them, and to what end? Are they reused like old newspapers, or they are just dumped in landfills?

One of the main issues of this e-waste is that, even when they are re-used, they are not wholly used. Many internal bits and bobs  are left unused, and perhaps are dumped indiscriminately, thus the radiation emitting from these products cause health hazard.

Since I did not have any idea of e-waste and its relevance in Bangladesh, after reading the newspaper report, I used Google to get a broader idea about this issue.

Importantly, I found that there was a full-length research study on the condition of e-waste in Bangladesh, conducted in 2010 by the Environment and Social Science Organisation (ESSO). The study provides a lot of useful information about e-waste in general and its present condition in Bangladesh, which, to say the least, is extremely alarming.

Bangladesh has produced roughly 2.8 billion metric tons of e-waste. Most of this waste is dumped in open landfills, arable lands, and on riverbeds, thus exposing hundreds and thousands of people to life-threatening diseases

The study — which mainly concentrated on Dhaka and Chittagong — has established that, in its study year (2009-2010), Bangladesh has produced roughly 2.8 billion metric tons of e-waste.

But most of this waste is dumped in open landfills, arable land, and on riverbeds, thus exposing hundreds and thousands of people to life-threatening diseases such as asthma, cancer, hearing problems, etc, which of course, are the most-commonly suffered diseases in Bangladesh now.

The study only makes us think that if this was the case five years ago, where do we stand now with our spiralling level of consumption of electronic goods?

Regrettably, of course, had some of the recommendations proposed by the study, such as developing large inventories of e-waste in big cities and/or developing an effective guideline to collect, recycle, and reuse e-waste uniformly, would have been made effective in these five years, we could have seen some results.

But heaps of e-waste are on the rise and hardly any effective measure has been taken to tackle the situation. Since e-waste has turned into a new and real cause for concern for all of us, we should not be waiting for someone else to pick up and clear our mess. We must buy, use, and discard electrical goods responsibly, and with some caution.

I remember how, when I was studying at a foreign university, I wanted to discard my old laptop, but I did not know where to dump it. Then I was told by my departmental secretary that I should give the laptop away to my department, and it would be handed in to the Administration of Information Technology. Now I understand why I had to go through this process, although back then I did not appreciate the lengthy process.

Our universities can also play some role in introducing a one-stop centre where students, faculty, and administrative staff can submit their unused electrical goods to be properly recycled at a central point.

I believe there must be some way through which we all can, and we all should, contribute in tackling this new threat called e-waste.