Electronic Waste: The Story of Bangladesh 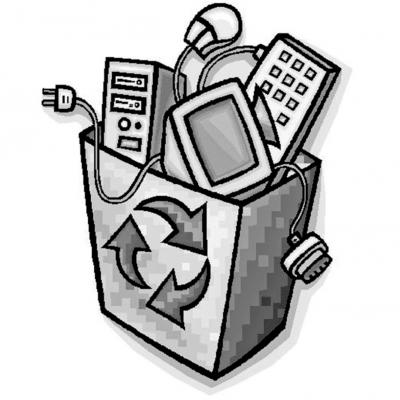 The vision 2021 of becoming “Digital Bangladesh” aims to make our nation stronger through effective use of modern technology on important sectors and areas like education, health, communication and alleviation of poverty levels. This clearly predicates the wider usage of electrical and electronic products throughout the country. Domestic policies aside, a worldwide surge in the use of electronic goods can be expected from a recent World Trade Organization (WTO) initiative to remove import tariffs from 201 information technology products in a $1.3 trillion deal. It is certain that all these millions of electronic devices – cell phones, tablets, laptops etc. – will one day reach their end \ and will directly enter the waste stream of the country.

Current scenario in Bangladesh
From NBR data, it is evident that in the last 3 years, 63,003,818 mobile phones have entered Bangladesh. The lifespan of a mobile phone currently stands at a maximum of 2.5 years or even less in some cases. This indicates that these used mobile phones and also unaccounted informal imports will be in the waste stream of Bangladesh within the next two to three years. Furthermore, as our nation is hoping to become digitalised in the near future, the usage of electronic equipment will rise at a faster pace. Currently in Bangladesh, recycling of disposed electronic products is mainly being handled by the informal sector. Electronic waste or E-waste is collected, segregated, dismantled and recycled in the informal sector based in Dhaka’s urban slums. The first stage of the value chain includes the generators of electrical waste, which are the households and offices. The next players of the trade value chain are the informal scrap collectors or vangariwala, who buys e-waste directly from the generators. Here the vangariwala either sells it to the second hand market, repairs and sells it again to consumers or secondhand shops, or sells them to the bulk collectors and manual dismantlers. Once they are dismantled, the different components are sent to different places around Dhaka for further processing, recycling and smelting activities. The final step of the value chain is recycling, where precious and special metals are extracted from the component. The manual dismantling and recycling stages include processes like open burning and acid treatment. E-waste contains around 1000 different chemicals, many of which contain high levels of toxins and hazardous elements. If e-waste is not recycled and disposed of in an environmentally prudent manner, it can pose serious threats to both human health and the environment.

International regulations
The international community started regulating the issue of hazardous waste with the creation of the United Nations (UN) treaty know as the Basel Convention on the Control of Transboundary Movements of Hazardous Wastes and their Disposal. The Basel Convention came into force in 1992. It was designed to reduce the movement of hazardous waste between nations, and specifically, to prevent transfer of hazardous waste from developed to less developed countries. To date, 183 countries have ratified the convention. Bangladesh is a signatory and has also accessed to the Basel convention in April 1, 1993. The import of used electronic goods is prohibited in Bangladesh as per the country’s Import Policy Order (IPO). But as large quantities of e-waste already exist in the informal sector, it is unclear to what extent the ban is enforced and whether the e-waste is domestically produced or illegally imported here.

Under the WEEE Directive, producers are expected to meet the cost of collection and processing of their e-waste in accordance to the Extended Producer Responsibility (EPR) model. Although the producers have primary responsibility, sharing responsibilities across the product chain among the different stakeholders – national and local government, manufacturers, distributors, vendors and consumers – is an inherent part of EPR.

Country examples
In Asia, the countries leading in policy implementation are Japan, South Korea and Taiwan, where e-waste management has been undertaken since around 2000. Japan has established two pieces of legislation to address e-waste that follows a variation of the EPR model, requiring consumers, retailers and manufacturers to share the burden and pay for recycling costs. Consumers must pay a recycling fee when they drop off their used appliances at either a retail outlet or collection centre.

The USA has not enacted a national legislation, but there are laws at the state level. California’s legislation enables the collection of an Advanced Recycling Fee (ARF) for retail purchases of electronic goods. These fees are used to fund the state’s e-waste management system.

In India, The Ministry of Environment and Forest, as part of the Environmental Protection Act of India, has enacted the E-waste (Management and Handling) Rule of 2011 that took effect on May 1, 2012.  The rules largely follow the EPR model introduced by the EU’s WEEE Directive.

Recommendation
A digitised Bangladesh is unquestionably a huge opportunity for our nation. But we should be prepared for the consequences that will accompany this modernisation leap. In order to tackle the huge quantities of e-waste that will accumulate in the future, it is advisable to enact e-waste regulations at the national level, create awareness of the issue among all stakeholders and adopt a self-sustaining e-waste management model for the country.