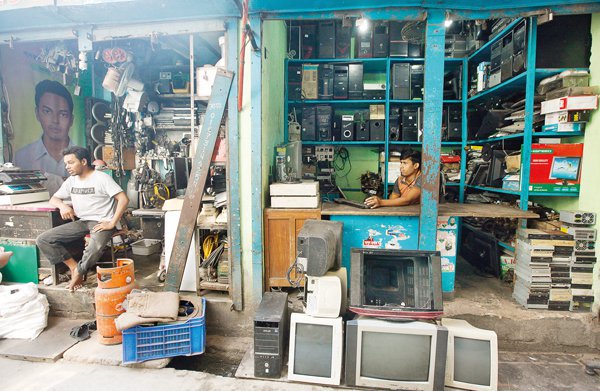 Bangladesh has been extracting valuable elements such as copper and gold from electronic waste, mostly known as e-waste. This has proven a good source of income for the country.

The annual generation of e-waste, which can be extremely hazardous for both the human body and environment, stands at 400,000 metric tons.

The e-waste generation has been rising at an alarming rate of 20% and can create a disastrous situation if proper recycling initiatives are not adopted, said a report by Bangladesh University of Engineering and Technology (Buet).

The report titled, “Assessment of Generation of e-Waste, its Impacts on the Environment and Resource Recovery Potential in Bangladesh,’’ was presented at a seminar jointly organized by the Center for Environmental and Resource Management (CERM) of Buet and the government’s Department of Environment on the Buet campus.

Buet Professors, Dr Rowshan Mamtaz and Dr Fahmida Gulshan jointly presented the paper which was based on surveys conducted at the Elephant Road, Nimtoli, Chankhar Pool, and Motijheel areas.

In spite of pollution risk, e-waste can become a valuable asset if it is recycled properly, said the report.

According to the report, only 3% of the total generated waste has been going to recyclers, while the rest has gone to landfills.

Buet Vice-Chancellor Professor Saiful Islam attended the event as the guest of honour, while Dr Sultan Ahmed, director general of the Environment department participated as a special guest.

They contain precious metals like: gold, silver, copper, iron, and some other heavy metals.

E-waste also contains mercury and lead which are considered the most hazardous metals for human health. These metals cause serious illnesses among product users and labourers of the recycling sector.

Proper management of e-waste is necessary to prevent health and safety hazards, but this industry can grow as a potential source of expensive materials for domestic use and export—if allowed to flourish.