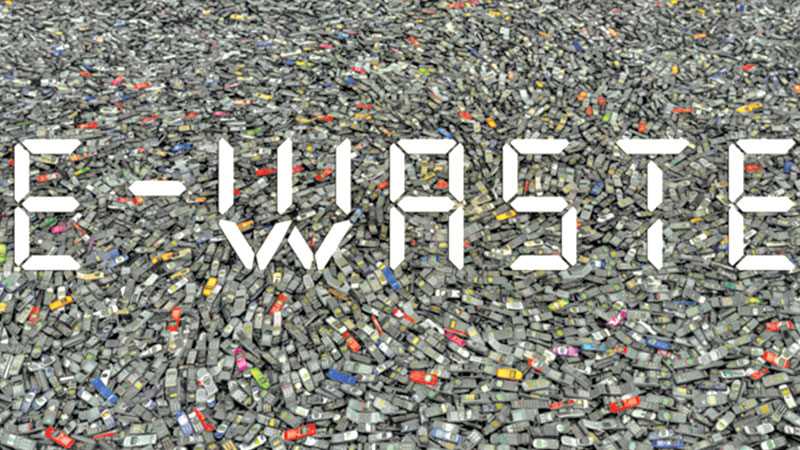 The civic authorities don’t feel worried enough about the need to allocate resources or develop the manpower for safer disposal of abandoned noxious wastes considering that they were being recycled in Bangladesh.

But they know that abandoning out of order electronic and electrical appliances, or their parts, and leaving them in open spaces increased at a rapid pace in Bangladesh like just other countries.

As DNCC has no separate mechanism for disposing of e-wastes, they are usually dumped with domestic wastes at the Amin Bazaar Land Fill..Environmentalists have expressed serious concern over such handling of e-wastes containing mercury, lead, cadmium, zinc and other hazardous elements that don’t get dissolved.

E-waste may become more severe in Bangladesh in the near future as the number of users of electrical and electronic appliances is rising very rapidly but neither the government nor the producers are taking effective steps for their safe disposal. In developed countries, formal recycling practices are taken very seriously. These e-waste management systems are comprised of three components: the national registry, collection systems, and logistics. The registry can be monitored by a variety of agencies and is essentially a list of e-waste producers with attached collection obligations.

In Western countries, replacing old electronic equipment frequently is very common. Given this trend, poor countries have long been a popular destination for the rich world’s unwanted trash. Many people around the world may be unaware of the fact that their old computers and televisions are shipped to different developing countries like Bangladesh for so-called ‘recycling’ purposes.